Giambattista Bodoni was born in Saluzzo in 1740 to a father printer, who taught him the profession from an early age. During his adolescence he usually went to Rome to work in the typography of the Congregation for the Propagation of the Faith (founded in the year 1622 by Pope Gregory XV to spread the doctrine of the Catholic Church in the world), a typography that he abandoned when the director of the same, who was also his teacher, committed suicide. At this point he decided to give a new turn to his life by looking for luck in England but, in making a stop in Saluzzo to bring the last greetings to his family, a sudden syphilis forced him to desist from the trip. Once he returned to health, however, Ferdinando, the Duke of Parma, appointed him director of the Royal Typography of Parma.
Here Bodoni will supervise a multitude of elegant editions of classics such as a famous edition of the Oratio Dominica published in 1806 as a memory of the journey made by Pope Pius VII to Paris to attend the coronation of Napoleon Bonaparte. He also made a prologue in French, Italian and Latin written with his own Bodoni character and a dedication to Prince Eugene of Beauharnais who financed the publication. The work contains the translation in 155 languages ​​of the Our Father and is the largest alphabetical and typeface catalog ever published so far. Bodoni himself engraved and prepared the matrix to carry out the work. Each page is a masterpiece of elegance and typographic architecture and the magical succession of the strangest characters of the languages ​​almost unknown in Europe at the beginning of the 19th century, increases the charm of this unique book in the world. The typography was located inside the old ducal palace of the Pilotta where the Bodonian Museum is currently located.

The Bodoni editions had a huge success mainly due to the quality of the same, for which he used rich illustrations and elegant typographies.

Around 1798 Bodoni drew a character with a great contrast in its lines and a defined end which meant a revolution for the printing community, which was the starting point of “modern” characters. It was his wife Margherita who, widowed, published his great work a few years after Bodoni’s death (1813): The Typographical Manual (1818).

The Typographical Manual
It contains more than 600 engravings, Latin and exotic characters, a thousand ornaments and vignettes designed by the great typographer. But its true value does not lie in the fact that it is a wonderfully printed and extremely rare book, nor in being the testament of the most important typographer of its time, but in having the first modern, more sophisticated, refined and rigorous characters inside it. like those created by John Baskerville, but not as rigid and formal as those designed by the great French rival Firmin Didot. Another of the most important aspects of this monumental work is its integrity of style, which constitutes a model of aesthetic coherence still in force today in our era.

In his preface to the manual, Bodoni exposes the four principles or qualities that make up the beauty of a family of typefaces:

– the uniformity or regularity of the design, which consists in understanding that many of the characters in an alphabet have elements in common that must remain the same precise in each of them.
– elegance combined with sharpness, i.e. the right cut and meticulous finish of the punches that produce a perfect matrix from which to obtain clear and delicate characters.
– good taste: the printer must remain faithful to a clear simplicity and never forget his “debt” with the best letters written in the past.
– the charm, a quality difficult to define, but which is present in those letters that give the impression of having been written not with listlessness or quickly, but with the utmost calm as in an act of love. 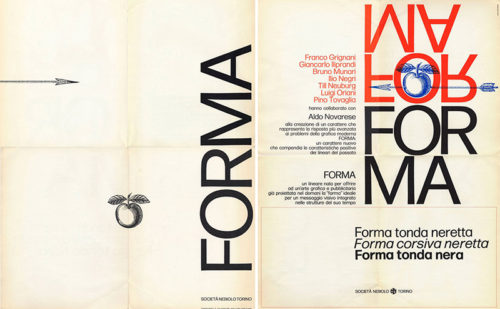 Bodoni is a type of character with graces designed by Giovanni Battista Bodoni (1740-1813), characterized by a high contrast between thick and thin lines. It is the classic example of character with modern grace.
The graces of Bodoni, in addition to being very subtle, are also almost perpendicular to the main section, in contrast to the graces that curve gently of the so-called “old-style” or Renaissance types. In addition, the emphasis is on vertical strokes, giving the character a clean and elegant appearance, albeit a little cold.
Bodoni’s original style is periodically taken up by other characters. During the era of lead composition, each font manufacturer had its own (adapted) version of Bodoni. Even today the Bodoni is not a defined character, but a family of slightly different versions of each other, each with its own particularities.

The Bodoni and Parma character
The presence of the Saluzzo typographer in Parma over time led to an identification of his typographic character with the ducal city: a combination that still lasts after two centuries, and which we can identify in the works of the municipality and the province of Parma (printed publications, posters advertising, road signs), but also in shop signs and in general in many texts printed outside the public administration. The Parma-born publisher Franco Maria Ricci oversaw the reprint of the Bodonian Typographical Manual and uses the Bodoni font in his books and magazines (FMR, KOS etc.). Also in Parma there is the Bodoni Museum where the works printed by the great printer and more than 25,000 original punches.